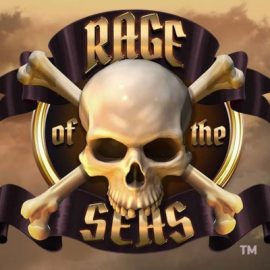 Rage of the Seas Slot

Pirate life will keep inspiring slot developers forever. When gambling giant NetEnt in 2020 released the Rage of the Seas, it was obvious that this game should innovatively interpret the hit theme. The developer delivered an eye candy where users are as if sailing on a filibuster ship across the sunset sea. The golden coins that rain down from the reels shine as seductively as the lanterns on the stern. Apart from the aesthetics, both the gameplay and the mechanics deserve huge praise!

By default, the grid consists of 5 reels and 4 rows. But due to the boost symbol, the 2nd, the 3rd and the 4th one can expand to 7 rows each. This boost symbol is a chest: a dexterous monkey climbs out of it and opens three windows above the grid. Before the reels expand, the number of betways is limited to 1024. As soon as one of the reels expands, the number of the betways reaches 1792. With two expanded reels, the slot counts 3136 betways, and with all the three expanded you’ll be able to enjoy as many as 5488 betways. Just a quick explanation for newbies: the more betways you have at your disposal, the better because they increase your odds to win. To acquire the largest prize, try to collect 5 captain’s portraits on the reels simultaneously.

After each expansion, you’ll be invited to four feature spins. The minor or major reel upgrade feature involves wiping all barrel and anchor symbols off the grid. Like this, you get better chances of compiling a winning combination with a big prize. Plus, there are two types of wilds: stacked and spreading. They both pop up only on the three central reels. The size of the stacked one is 1×4. The size of the spreading one is 1×1 but it can land up to 2 additional wilds on the reels. By the way, this wild symbol is an octopus: it would stick its tentacles out of the window and hang identical frames on random adjacent symbols. 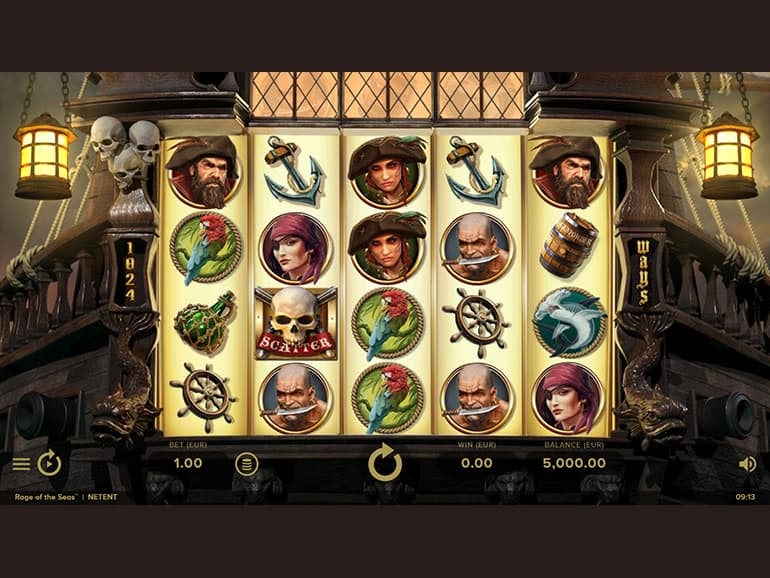 To give you more thrills, the Rage of the Seas contains free spins. The first way to reach them is to collect at least 3 pirate skulls with crossed guns on the reels. The more skulls you have, the more free spins you’ll enjoy (up to 12). An alternative way suggests gathering 3 boost chests on the central reels either during regular spins or in terms of a feature spins session.

Before spinning the reels, users can modify the size of the coin within the range from 0.20 to 400. That’s an impressive scope! Given that the volatility of this slot is high, you will experience immense adrenaline when upping your ante. The RTP of the slot is 96.04%, which is a golden standard for such type of games.

In the end, you might wonder: what about the rage? Will this videoslot make gamblers furious? Probably not, if they are patient enough to wait for their big win. The name of the game suggests that it’s much darker than most pirate entertainment. Its soundtrack is intense and captivating. But the main emotion that it will give you is pure aesthetic delight. NetEnt built a slot for discerned gamblers who are not satisfied with easy victories. Feel free to launch it either on your stationary computer or a mobile gadget to sail away from routine.

Rage of the Seas Video

Where to play Rage of the Seas Slot game?

18+. euslot.com is owned and operated by N1 Interactive Ltd, a company incorporated under the laws of Malta. Euslot.com is licensed and regulated by the Malta Gaming Authority.

The Faces Of Freya
Play Now

The Faces Of Freya
Play Now