Viking Runecraft Bingo is a video bingo game based on Play’nGO software platform. The game interface is available in 31 languages

It’s time to take another journey to Valhalla; join forces with Odin and the rest of the gods to seek a mighty fortune in Viking Runecraft Bingo…Ragnarok has returned!

Activate up to 4 cards, that can be toggled ON/OFF by clicking on the cards individually. Press NEW CARDS to change the numbers on all the cards. Press PLAY to initiate the round. 30 balls will be drawn from a total of 90 balls. Winning combinations will be shown on the cards. All pattern prizes will be awarded when there are multiple patterns achieved on one card, however the highest pattern prize will be given only if any pattern is completely covered by the higher paying pattern. 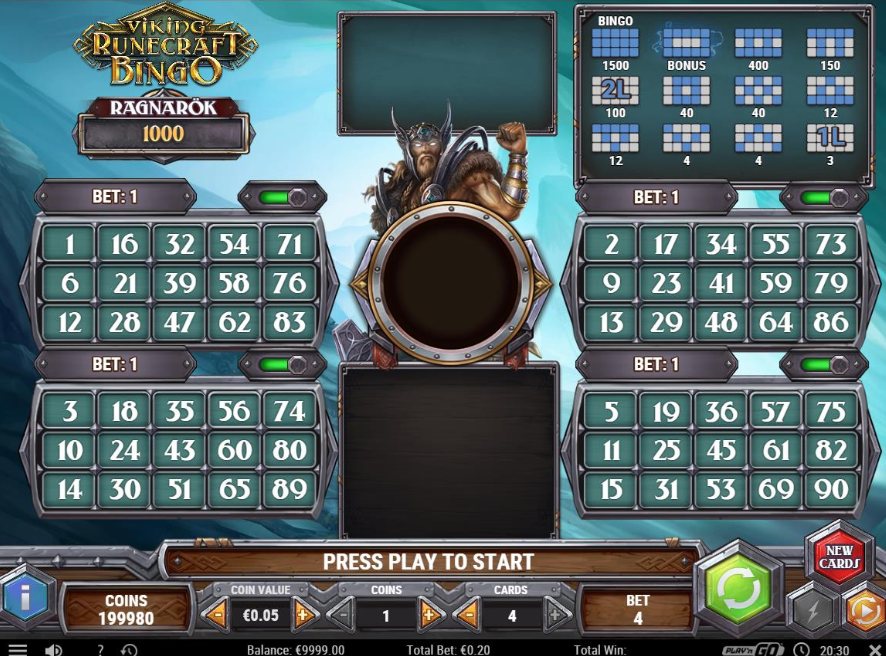 Each Gods has their unique BONUS GAME, GOD OF THUNDER for THOR, GOD OF WISDOM for ODIN, GODDESS OF BEAUTY for FREYA and GOD OF VIGILANCE for HEIMDALL. BONUS GAMES triggered when the perimeter pattern is formed on the card. The active God will change after each trigger..

GOD OF THUNDER: A wheel bonus will be presented on this feature. The wheel contains 10 credit prizes. Spin the wheel to determine the prize.

GOD OF WISDOM: A pick a prize bonus will be awarded on this feature. Selection of 8 revealed credit prizes will be presented, until 2 selections, with hidden credit prizes, remain to choose from. The 2 selections contain a low prize and a high prize.

GODDESS OF BEAUTY: This feature is an instant prize bonus. It randomly awards a credit prize.

RAGNARÖK GAME is awarded when a BINGO pattern is achieved with 30 balls or less. To qualify for this feature, all 4 cards must be active with a minimum BET of 1 coin on each card. Match 3symbols to determine the prize. Each God has their own symbol with corresponding prizes, the GOLDEN SYMBOLS of God currently in play will be the symbol for RAGNARÖK PRIZE. The active God will change after each trigger.

The RAGNARÖK PRIZE is a PROGRESSIVE PRIZE, it is only incremented by 1% x total bet if all 4 cards are activated and if the total bet is greater than or equal to 4.

18+. Winnersmagic.com is a brand owned by Reward Group ApS, a company incorporated under the laws of Malta. The games on this website are powered and operated by Aspire Global International LTD., which is a fully licensed operator.

18+. CLuckythrillz.com is a brand owned by Vita Media Lab, a company incorporated under the laws of Malta. The games on this website are powered and operated by Aspire Global International LTD., which is a fully licensed operator.

18+. Billion Casino is a brand owned by Gemera Group LP, a company incorporated under the laws of Denmark. The games on this website are powered and operated by Aspire Global International LTD., a Malta based company, which is a fully licensed operator.

18+. Casiplay.com is a brand owned by Infinite Visions, a company incorporated under the laws of Romania. The games on this website are powered and operated by Aspire Global International LTD., a Malta based company, which is a fully licensed operator. 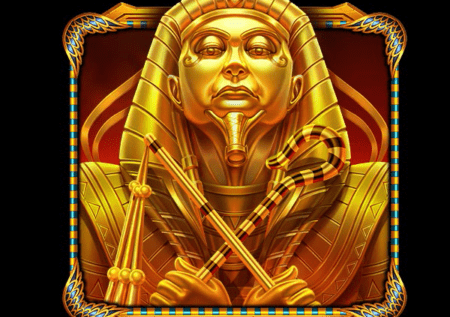