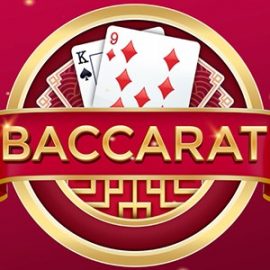 How to Play Baccarat?

Baccarat is one of the most popular table games in online casinos. In this article, you’ll get to know its rules and find the reason why millions of gamblers love it so much.

In nearly any online casino that features a table games section, you will discover at least one variety of Baccarat. Before this card game migrated to online, it used to be a firm favorite among Western aristocrats who loved to put large sums at stake. It is relatively uncomplicated, especially when you play it in a casino where you don’t have to memorize the rules — the dealer or the computer will take care of it. It requires certain intellectual efforts, but the outcome will largely depend on luck. 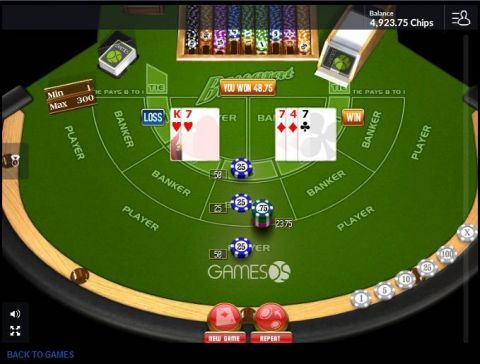 Before the Banker deals the cards, the Player needs to place their bet either on their own victory, or that of the opponent, or a tie. The other participants aren’t allowed to place their bets on a tie but can select any of the other two options.

The Banker and the Player acquire two cards each. Ace is worth one point, deuce — two points, etc. Tens, Jacks, Queens, and Kings are worth zero points. The initial task is to calculate the sum of the two cards each of the parts has on their hands. If someone ends up with nine or eight points, this means victory. Such an outcome is called the “natural” win, and it stops the game. Those lucky participants who guessed the outcome right can cash out their winnings.

If the sum turns out to be ten or more, you should subtract ten from this total. To explain, if the Banker has a trey and a seven, this equals to zero: 3 + 7 = 10 and 10 – 10 = 0. That would be a dissatisfying result because the winning number is nine. If you can’t get nine, you should try to approach it.

Both the Player and the Banker have a right to draw a third card. First, it’s the Player’s turn. If they have seven or six points, they don’t draw the third card — in the peculiar terminology of Baccarat; such a situation is described as “the Player stays pat.” If they have from zero to five points, they draw one more card. In the case of the Banker’s natural win, their opponent loses their right to draw the additional card.

If the Player has drawn the additional one, the Banker might be allowed to do the same depending on the rank of the third card of their opponent:

In case the Player stays pat, their opponent either stays pat as well or draws the third one. But again, they draw only if they have gathered up to five points.

In addition to the version played along with the above-mentioned rules, you can sometimes come across other varieties, such as:

These alternatives differ in the nuances of counting scores and placing bets.

Numerous gambling institutions today offer Baccarat in live casino format. Smiling beautiful dealers broadcast live from gaming tables, which creates a highly realistic illusion of gambling in a brick-and-mortar venue. This format is steadily gaining popularity because it allows users to experience the most vivid emotions.

Some platforms allow newbies to try their luck at Baccarat for free first, without creating an account in the system and risking their savings. Like this, they can explore the rules and obtain the necessary practice. Although, during that free trial mode customers won’t be allowed to cash out their winnings to a bank card or e-wallet. When they feel ready to put real cash on stake, they need to register on the site and pass the verification to confirm their identity.