Mjölnir, marriage and mischief in Asgard 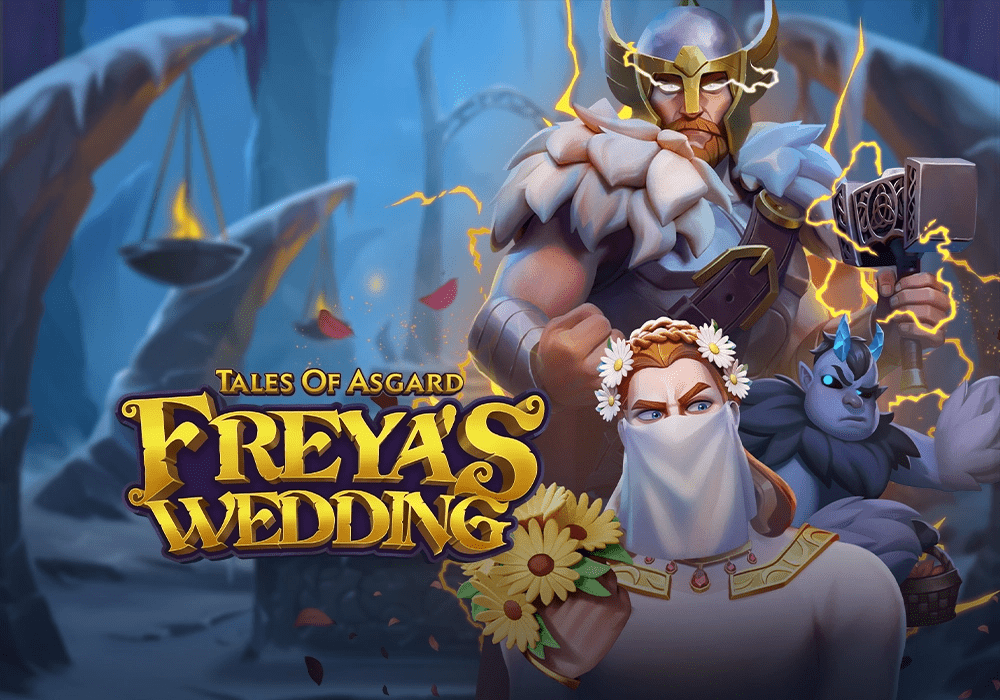 Thrym, the mighty Ice King of Jotunheim, has stolen Mjölnir. In exchange for its return, he demands Freya’s hand in marriage. Freya has other ideas. It’s up to Thor and Loki to find a way to retrieve the hammer. Of course, the God of Mischief has a trick up his sleeve. Thor will disguise himself as Freya and enter the kingdom, steal the hammer and sneak back out – which isn’t as easy as it sounds.

Free Spins in this game are triggered by three Scatter symbols on reels 1, 3 and 5. Here Thor reveals himself on the fifth reel as a Stacked Wild, with each Free Spin Thor takes a step to the left until eventually stepping off the reels. Behind Thor the reels chaotically spin, mimicking the battle between the characters in the narrative.

In previous titles we have seen Odin left to protect Asgard against enemies of the realm and Loki trying his best to steal Asgard’s throne, but Play’n GO have taken a new direction, adding a dash of humour to their Norse Mythology series with this latest edition.

That includes the artwork which takes on a more comical style too for a fresh take on these games and to complement the narrative. Players will see Thrym walk across the screen throwing confetti and looking more than a little disgruntled as well as Thor in Freya’s wedding dress!

“With any game that includes Thor and Loki there’s bound to be mischief afoot!

“In our previous titles there have been a family feuds and battles to protect the throne, but in this game we wanted to unite the characters in a more intimate setting, giving players a new flavour of the dynamics in this somewhat bizarre family. I mean, what’s funnier than Thor in a wedding dress?”