Microgaming sets sail with a bounty of new content this February 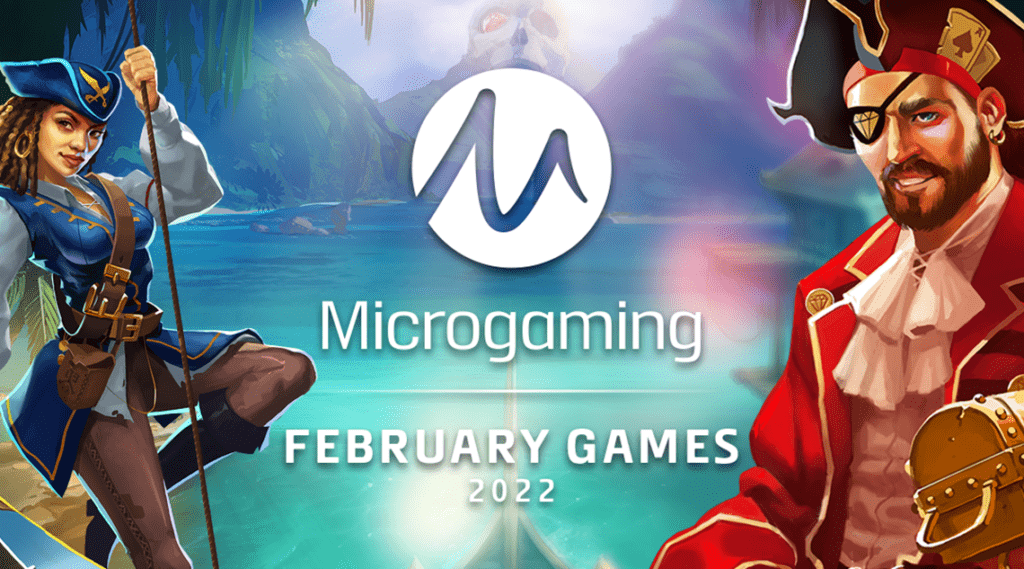 Players can explore a kingdom of diverse slots and table games from Microgaming’s exclusive studios and partner content providers.

The charming Captain Blackjack and his crew are set to embark on a hunt for golden treasures in Adventures of Captain Blackjack (15 February) from Just For The Win, featuring cash prizes, stacked wilds and free spins. Players can unleash mighty jackpot prizes of up to 5,000x in the Kraken Wheel bonus feature, triggered by collecting randomly-awarded Kraken Coins. After landing three or more skull symbols players enter the Skull Cave free spins feature with the chance to claim extra spins, multipliers of up to 3x and symbol upgrades.

Welcoming players back to the world-famous dinosaur theme park is the latest instalment in Microgaming’s iconic Jurassic Park™ branded slot series, created by Stormcraft Studios. Visitors can relive the prehistoric adventure in Jurassic Park: Gold (22 February), by collecting tokens and bonus features, including free spins and the immersive Link&Win™ mechanic. Delivering earth-shaking excitement, this adventurous 40-line slot is filled with collection challenges, feature chases, multipliers and jackpot prizes. The amber scatter symbol awards entry into the feature selection screen where four free spin destinations are available to unlock, including the renowned WildStorm feature turning up to five reels wild in a single spin.

Following the call of the wild is SpinPlay Games’ newest slot, Wolf Call (8 February), offering 1,024 ways to win and featuring Power Range™, awarding a 2x win multiplier on wilds landing on reels two, three and four with a multiplier of up to 5x during free spins. Players can also collect wild symbols to fill the Diamond Meter, which triggers the Diamond Jackpot feature where matching three identical icons awards players the respective jackpot.

Gameburger Studios is ready to dazzle with Hyper Strike™ HyperSpins™ (9 February), bringing together two popular mechanics in one striking slot where players can spin it their way. Showcasing the well-loved elements of the original game, the excitement is hyped up with even more hyper-speed game mechanics, high-energy free spins with multipliers, and electrifying wins. With HyperSpins™, players can respin individual reels on their quest to get up to nine Hyper Strike scatters and win up to 2,000x the total bet, or trigger up to 30 free spins with a 3x multiplier.

A wealth of riches awaits in the mythical Aztec Falls(24 February) from Northern Lights Gaming, offering a jungle full of bonus features including Cash Fall and free spins with sticky wilds. The Coin Drop bonus triggers randomly in the base game and can unlock additional features like the Jackpot bonus or win multipliers.

Switch Studios is on a roll with two further releases in February: French Roulette (7 February), the latest addition in the studio’s suite of roulette titles built on a brand-new game engine, and Wheel of Winners (28 February), an exciting money wheel game with all the glitz and glamour of a classic retro TV game show that immerses players with realistic game ambience and a true to life wheel spin.

Microgaming is also set to bring a range of top titles from content partner Hacksaw Gaming to the Spanish and Dutch markets through its platform this February, featuring games including Wanted Dead or a Wild, Stack ‘Em and Chaos Crew. Poised to bolster this selection later in the month is Hacksaw Gaming’s The Bowery Boys (23 February), whilst Booming Games brings the heat on 10 February with Flaming Chillies.