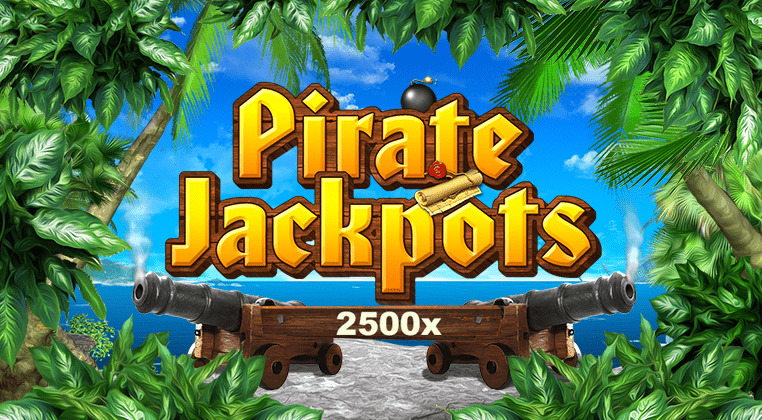 A brave pirate, the captain of a huge ship filled to the brim with chests with gold and precious stones, the leader of a desperate team, ready for dangers and risks at any time of the voyage… Each of us at least once dreamed of being in the place of these hardened sea wolves and experiencing all the romance on ourselves wandering the endless oceans! Thanks to modern technology, getting into a fun company, going through dizzying trials and winning a crushing victory in the battle for treasures is now very easy! A team of the best pirates are already waiting for you in the Belatra Games – Pirate Jackpots online slot! Fair winds and following seas!

Pirate Jackpots is a classic slot game with a traditional playing field of 5 reels with 3 symbols each. Winning combinations can appear on 20 pay lines. A wild symbol acts as a joker and replaces any of the symbols of the game to get the best win.

Free spins are activated by scatter symbols on the reels. Each bonus game is a cycle of respins that continues until at least one of the symbols “Hatch”, “Pistol”, “Cannon” or “Golden Cannon” appears on the reels. The cannon symbols shoot the jackpot. After each shot, one hole of the jackpot zone is filled. The holes in the jackpot zones continue to be filled during the entire cycle of the prize games. Several jackpots can be won at the same time.

Briefly about the game