4ThePlayer.com and Yggdrasil are bringing back the legendary Yeti in their latest collaboration, offering the largest number of ways to win of any of the popular Gigablox™ titles 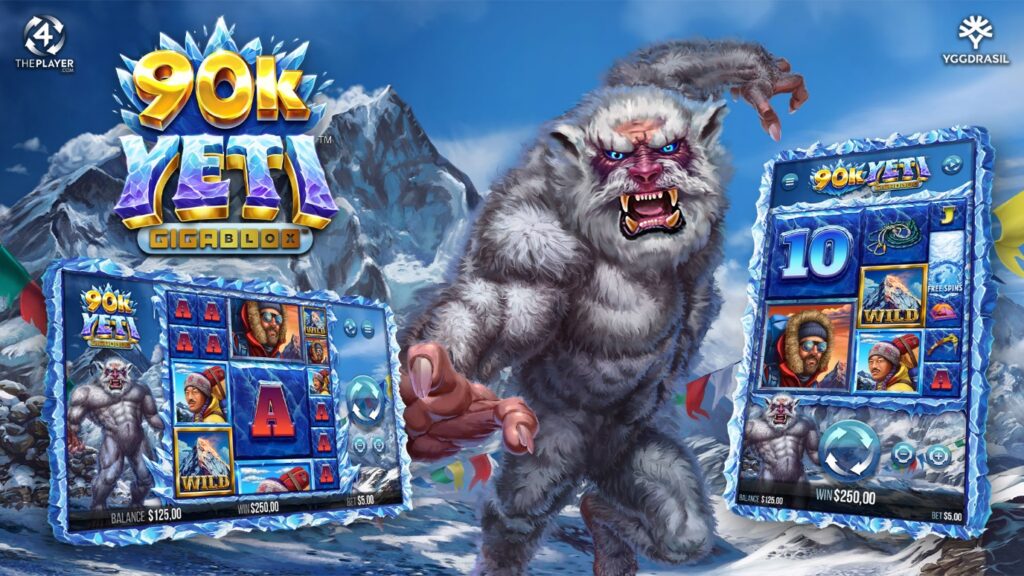 The 6×6 game offers up to a mammoth 46,656 ways to win and features a max multiplier of over 90,000x – more than any previous Gigablox™ title. Three unique in-reel bonuses can be triggered on any spin – Yeti Reveal uncovers winning symbols under Snow Blox that are smashed by the mystical Yeti; the Snowstorm shuffles the reels to create wining combinations; and the Giga Summon calls in the biggest Gigablox™ to the reels, including the mighty 6×6 symbols.

Whip up a storm in the Free Spins feature by landing five or more footprint scatter symbols, triggering up to 36 spins. At least one Snowstorm or Giga Summon feature is guaranteed during Free Spins, and all Snow Blox are removed from the reels to give the maximum 46,656 ways to win on every spin. Keep retriggering for a mountainously massive bonus.

Players can purchase the Free Spins in certain territories or play a single spin with a Giga Summon for a guaranteed win.

Stuart McCarthy, Head of Product and Programs at Yggdrasil, said: “The Yeti is back and he’s bigger than ever, offering players massive win potential and an impressive max multiplier of over 90,000x.

“The original title was a huge hit with operators and players alike and, with our popular Gigablox™ mechanic, the game has been further enhanced and will take the player experience to the next level.”

Henry McLean, Co-founder and Commercial & Marketing Director at 4ThePlayer, said: “In our latest YG Masters creation we return to the great maths and theme of the successful 9k Yeti slot but with even more engaging features and frequent wins on offer.

“We have been very impressed with the performance of Yggdrasil’s Gigablox™ mechanic so we are thrilled to incorporate it into our own content and bring fantastic entertainment to players across the globe with 90k Yeti Gigablox™.”