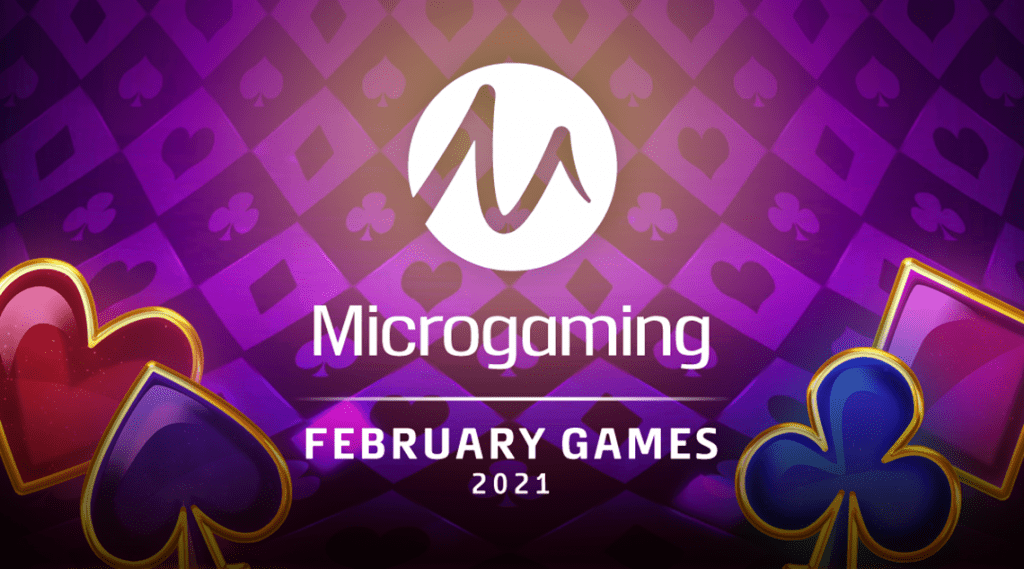 ISLE OF MAN – Microgaming, the industry’s leading aggregator, is launching more than 20 new games this month, 10 from its exclusive independent studios and over 10 from its content partners, each packed full of engaging features and mind-blowing game mechanics, not to mention a rogues’ gallery of gangsters, ghouls, jokers and pirates. With this ever-evolving carousel of ground-breaking new content, who said winter had to be bleak?

The month gets under way with Microgaming’s exclusivity announcement with PearFiction Studios and the launch of their glorious cartoon mobster caper Chicago Gold™. The backdrop for this 5-reel, 20 pay line video slot, is 1920s Prohibition-era Chicago, as organised crime gangs vie to control the streets under the watchful eye of the ‘Big Boss’. The Big Boss Jackpot Reveal Game is triggered when a jackpot symbol appears on the reels with any collect symbol. Players must match three of the same symbols to win one of four thrilling jackpots.

Next, Microgaming and Just For The Win unleash Juicy Joker Mega Moolah, the latest incarnation of the world’s most famous progressive slot jackpot. True to form with Mega Moolah, it’s all about the bonus game and the thrill of spinning the jackpot wheel, which is triggered when three joker symbols land on the reels. The wheel offers the chance to win one of four jackpots: Mini, Minor, Major, and Mega. And Mega means Mega. Microgaming’s Mega Moolah network regularly pays seven figure sums to lucky players around the world.

Following this, comes 6 Tokens of Gold from All41 Studios and Microgaming, a game that includes many of the elements of a classic, old school fruit machine but with a fresh lick of paint. The modern twist comes in the form of the HyperHold™ mechanic, a streak respin bonus feature that’s triggered when six or more coins land on the reels in the base game or free spins round. Here, the player receives three spins on reels composed solely of gold coins and blanks. Land a gold coin and it’s locked in, while the respins reset to three. Fill all 15-coin positions and players will win the Mega jackpot!

Also embracing the HyperHold™ mechanic is Triple Edge Studios’ new pirate-themed slot, Adventures of Doubloon Island™, which comes swashing and buckling its way to Microgaming this month. The hunt is on for booty as a band of piratical ne’er do wells haunt the reels. Three or more scatters will yield wins of two, 15 or 100 times the total stake, while also triggering the free spins feature. Landing six or more HyperHold™ symbols on the reels triggers the HyperHold™ feature, during which skull symbols will reveal one of four jackpots and a chance for players to get their hands on the island’s fabled treasure.

Microgaming sticks with the treasure hunt with Incan Adventure from Gacha Games, an arcade-style casino game where players drill through blocks in search of lost Incan gold and jewels. Then it’s All41 Studios’ Ingots of Cai Shen, which promises some 243-ways action and a range of jackpots from Mini, Minor, Major and Mega. And a carnival atmosphere descends for Carnaval Jackpot from Pulse 8 Studios, a beautifully simple slot with a focus on jackpot respins.

Later in the month, it’s off to Hawaii for some Maui Mischief from Old Skool Studios, a high-volatility game with stacked wilds on every reel. Then who’s for a spot of diabolical pinball with Crazy Tooth Studio’s hellishly good 3 Devils Pinball? Sticking with the ghoulish theme, Microgaming celebrates the Mexican Day of the Dead in Skulls Heap from Gong Gaming Technologies. Then players find themselves marooned on a tropical island with Rabcat Gambling’s Tropical Wilds™.

Look out, too, for Inspired’s Temple of Light, followed by Reel Diamonds from 1X2gaming. MGA’s Yola Berrocal hits the platform later in the month, while 2By2 takes players on a hunt for Cosmic Gems. Then, rounding off a whirlwind month, Inspired is back again with Fruity Bonanza Scatter Drops™ while Big Time Gaming brings players Opal Fruits, two games that really ramp up the juice.