Most Famous Slots in the UK

The popularity of online casinos in the UK is on the rise. With that we can see a number of slots taking the top place among online players. There are thousands of slots to choose from when playing at online casinos, but only a handful are the top choice for UK players. In this article we will list the most famous slots in the UK and explain in detail what each one has to offer. Once you see what each game is about you will surely give it a try at your favorite online casino.

Rainbow Riches is a video slot coming from Barcrest, which can now be found under the SG logo. The game was an instant hit when it was released and reached legendary status among UK players. With a dominant Irish theme and a plethora of bonus features Rainbow Riches easily captures your attention and has the potential for awarding massive payouts. 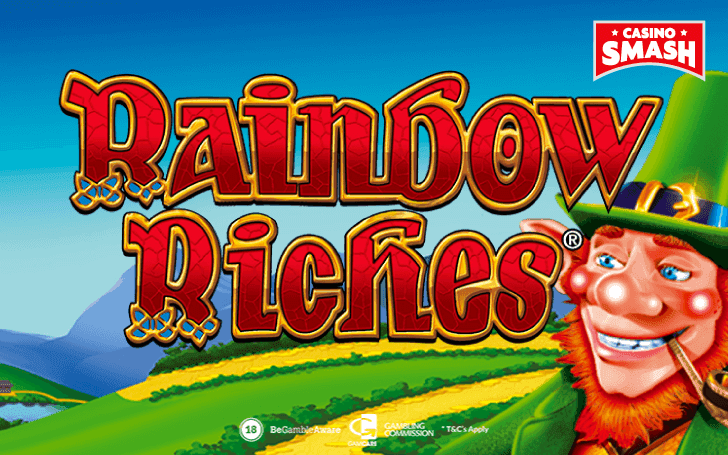 This is a 20 pay line slot with 5 reels and 3 rows. The bet size in the slot ranges from the minimum £0.20 up to a maximum of £500 per spin. This makes it a perfect game for high roller players aiming to bet big and win big in return.

The most attractive part about the game are the bonus features. By landing the appropriate trio of Scatter symbols on the reels, players can trigger the Road to Riches, Wishing Well or the Pots of Gold Feature. What’s interesting to note here is the fact that all of the features are cash pick and win bonus rounds. There are no classic free spins features in the game. The top payout from each of the features is set at 500 times the total stake.

Fluffy Favourites is incredibly popular among UK players. This Eyecon slot took the gaming world by storm, reaching a legendary status in a very short time. The company released several sequels of the game in later years, but none of them surpassed the glory of the original.

At first look the slot doesn’t seem like it has a lot to offer. It’s a 25 pay line slot with 5 reels and 3 rows. Players can bet anywhere from £0.25 to £50 per spin. But once you start playing the game you can easily see why it’s a personal favorite of many UK players. 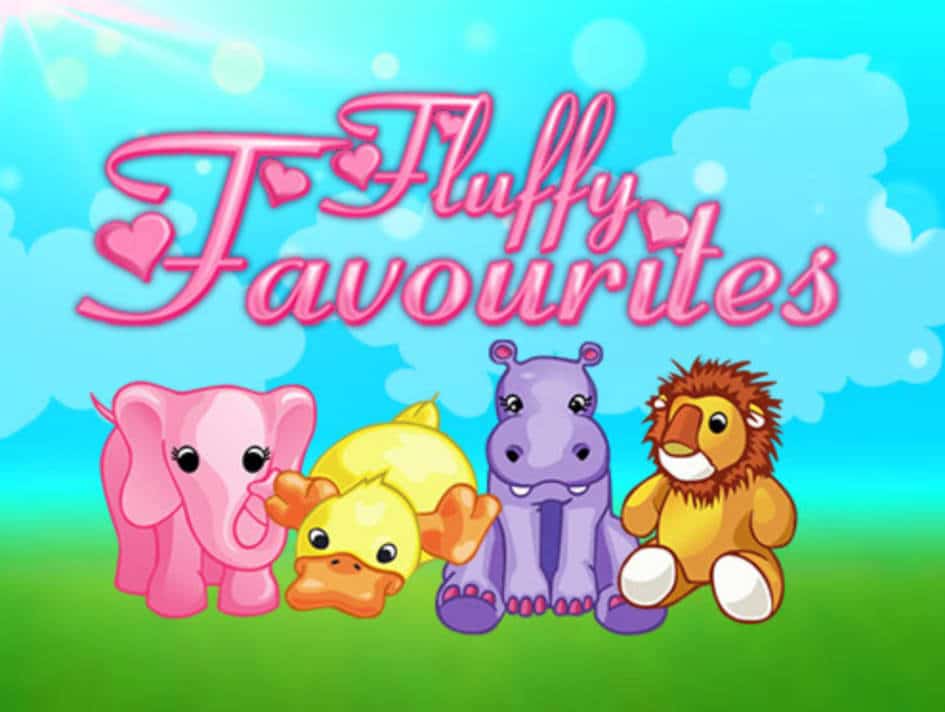 The first thing you notice about the slot are the game symbols. They come in the form of fluffy kid toys and have rich payouts attached. The top payout comes from the Hippo, set at 5,000 coins. The rest of the symbols have smaller payouts ranging from 1,000 to 100 coins for 5 of a kind payouts.

The slot comes with 2 bonus features attached. The first is the Toybox Pick feature, triggered by landing at least 3 Scattered Claws anywhere on the reels. The player is awarded one pick per triggering symbol. Each pick can award a maximum payout of 100 times the total stake, so the top payout in this feature can go up to 500 times the total stake.

The second feature in Fluffy Favourites is a free spins bonus triggered by landing 3, 4 or 5 Elephants anywhere on the reels. The Elephant serves as both a Scatter and a Wild symbol at the same time and can help form some great payouts when the feature is triggered. This is mostly due to the fact that all wins with an Elephant symbol are doubled in size. You are awarded with 15, 20 or 25 free spins with all prizes tripled in size. The bonus round can be re-triggered up to a maximum of 15 times.

Book Of Ra is without a doubt the most popular slot in the Novomatic portfolio and one of the most popular slots in the world across land based casinos. Unfortunately, due to the policy of the company for online gambling not too many players of the new generation are familiar with this game. But if you ever venture into an Admiral land casino you are guaranteed to find a number of players spinning the reels of Book of Ra.

The slot has 9 active pay lines, 5 reels and 3 rows. The bet size ranges from £0.09 up to £45 per spin, or even more at some online casinos. Novomatic released several sequels of this game, the most popular one being the Deluxe version, that featured 10 active paylines. 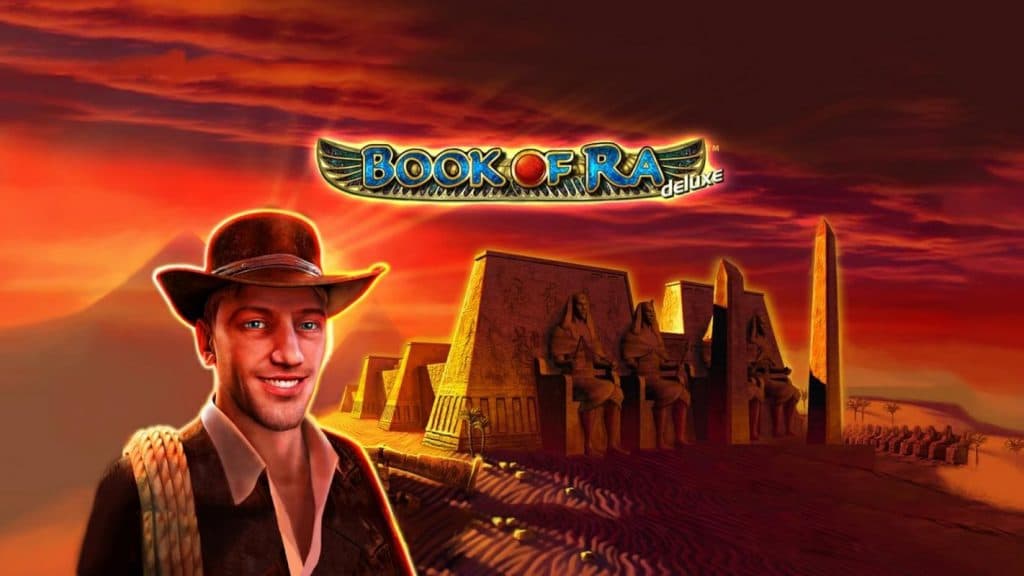 The reason why Book of Ra has a legendary status is the bonus round. The same feature was used in the iconic Book of Dead slot by Play’n Go, bringing the feature to millions of online players. The main symbol in the game is the Book, which is the Wild and Scatter symbol at the same time. Land 3 or more of them on the reels and you are awarded with 10 free spins. The free spins can be re-triggered indefinitely, sometimes easily awarding 100 free spins and more. Before the feature starts one symbol from the pay table is chosen as a Special Expanding symbol. When it lands on a reel it expands to cover the entire reel, awarding scattered payouts. This way you can land a full screen of matching symbols with payouts of up to 5,000 times the total stake per spin.

Ted is one of the most famous slots coming from Blueprint Gaming. Its popularity is due to two factors. The first one is simply because Ted is a branded slot inspired by the mega popular movie, starring Mark Wahlberg and Mila Kunis. Many fans of the movie easily recognize the slot and play it on a regular basis. The second and more important factor is simply that Ted is a great slot with many bonus features, a hilarious game play and the potential for big payouts. Thanks to this you have lots of fun while playing the game and at the same time you can score some great payouts. 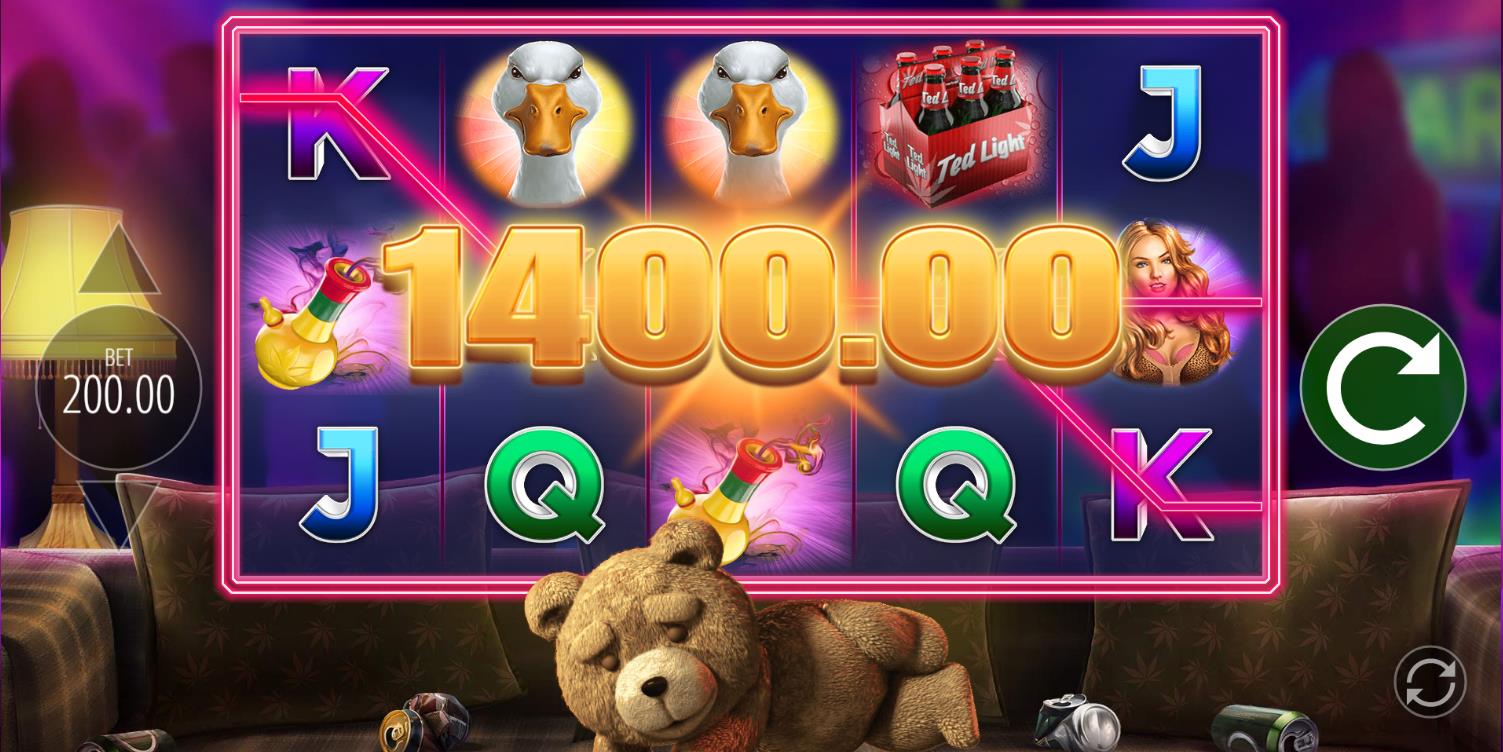 For most players the most attractive part of Ted is the variety of random features the slot has in stock during base play. Ted sleeps below the reels and at any time he can wake up and award one of the 6 random bonus features. He can award extra Wild symbols across the reels, rearrange the symbols to form a win, add Special symbols or even combine the reels into one colossal symbol for a big payout.

If you land 3 Scatters anywhere on the reels you instantly trigger the Thunder Buddies feature. Here you trigger one of the 5 bonus rounds Ted has to offer. Each bonus round comes with a unique set of features and all of them have the potential for big payouts. It all comes down to your luck and the mood Ted is in how big the features actually pay. Either way you are guaranteed to have a blast while spinning the reels of Ted.

IGT slots have a lot to offer and are incredibly popular among UK players. One of the most popular ones from their portfolio is Cleopatra. This slot reached a legendary status, with several sequels following the release of the original. It became so popular that many online casinos added IGT slots in their portfolio for this game alone. 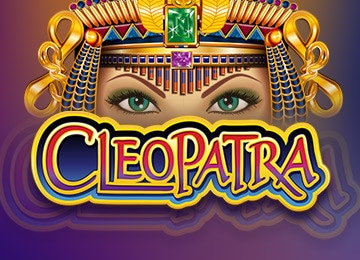 As you can already guess the slot is inspired by the most popular queen in history, Cleopatra. The game has a strong mix of colors, with vintage looking symbols, perfectly capturing the game theme. This is a 20 payline slot with 5 reels and 3 rows, where the bet size ranges from £0.20 to £200 per spin.

What’s attractive about this slot is the bonus feature. Land 3, 4 or 5 Pyramids anywhere on the reels and you are awarded with 15 free spins. All payouts during the feature are tripled in size. When a Wild contributes to a win the payout is doubled in size. This means that all Wild wins during the feature come with a x6 win multiplier attached. The bonus round can be re-triggered by landing another set of 3 or more Scatters, making up for big payouts.